It’s no secret that I am an avid Broadway fan, it’s truly my favorite genre.

“Musicals are, by nature, theatrical, meaning poetic, meaning having to move the audience’s imagination and create a suspension of disbelief by which I mean there’s no fourth wall.”

Sierra Bogges originated the role of Ariel on Broadway’s The Little Mermaid. That should give you everything you need to know. Even though she dazzled audiences (including the obvious children and Disney-fanatics) with her princess charm as she performed Alan Menken’s score, Bogges’ voice and acting truly gets shown off in Phantom of the Opera. Fans confidently argue that Sierra Bogges did one of the best portrayals of Christie Daae on the public stage. Frankly, this video alone gives me the confidence to say she knocks it out of the park!

Not only does she perform Christine with grace, showing off her classical training, Sierra’s voice is less operatic and more high-pitched, singing every word with passion as she truly acts in the part. (https://www.thetoptens.com/best-christine-phantom-of-the-opera/sierra-boggess-370288.asp).

As Sierra sings with regret and hope, Bogges is Christine, torn by the allure of the phantom and paired by the heartache from her home. With the depth in her despair and performing the complexity of her character, unsure of the future and what circumstances await her. Sierra Bogges is a powerhouse in taking the audience on a journey with this song.

Bernadette Peters was the mean lady and criminal accomplice in the film adaption of Annie.

It took me awhile to appreciate her for her contributions to Broadway. As the witch in the not-so-family-friendly Into the Woods, Bernadette Peters vocals isn’t the part of her character that Peters is most remembered. She’s the wicked and meacing old lady who yells about the different beans. In her own showcase Bernadette performs a slowed down version of the final song of the show, which ties the loose ends of the message of the story.

Not normally sung by one person or character, Bernadette makes this into a solo. I must say her mezzo soprano, though soft, is so unique and can go in both high and low ranges. This woman oozes emotion with every syllable. It is beautiful to watch as she sing a song which she knows so well, reliving the stories of the characters with the sentiment of her memories from the show.

I watched this video in college many times, let me tell you. Idina is a legend, one of Broadway’s best. She’s also one of my personal favorites, untouchable.

In case you don’t anything about the basics of the staple musicals you should really know about, Menzel was in the original casts of both Rent and Wicked. Originating characters from the workshops to their Tony wins.

Idina Menzel went on tour, one of which was recorded at Ontario’s Koerner Hall at The Royal Conservatory with the revered Marvin Hamlisch and the Kitchener-Waterloo Symphony. Titled “Barefoot at the Symphony” Idina performs songs both from shows she was and wasn’t a part of. Here she sings the most well-known song from Wicked, her solo Defying Gravity.

The song, which narrates a crucial plot point for her character, Idina sings this song with an explosion of vengeance. Her mezzo soprano voice sings this song differently than from the Wicked cast recording. The arrangment played by the symphony gives a much more whimsey to the song. Idina doing signature belts, but some in a different key. She dazzles the audience, singing the same words but sound far more musical. It’s beautiful!

My Man from Funny Girl performed by Lea Michele

Lea Michele is a self-proclaimed Barbra Streisand fanatic. When I see her performance of this song, it is incredibly obvious. The love and passion for Streisand’s portrayal of Fanny in Funny Girl is palpable. Lea, a soprano, belts the classic song in perhaps its most soulful and emotional rendition. It is through the notes and the passion that we discover the character from the film, expressing love and desire in the midst of great strife. Lea abandons herself in the words and melodies… when we find her one can’t help but be moved.

She Used to Be Mine from Waitress performed by Jessie Mueller

Jessie Mueller originated the Broadway portrayal of Jenna in Waitress. I’m actually quite surprised by how much I grew to love the music and singing from this musical. Mueller’s voice is perfectly compatible with the pop and country ballads in the style of Sara Bareilles. What is incredibly captivating about this song is how it fully encapsulates the character Jenna’s endurance, looking back on all the choices that have let her to her unexpected situation. Along with this, we see her fear, deep fear that many women face. The emotion that fills the whole saw is so incredibly raw, you forget that this is a mere performance.

Oh my, this song makes me so giddy! I’m only a little made that there are no videos of thee ladies singing this. Here is the legend Barbra Streisand with the one and only Anne Hathaway… she’s in the Devil Wears Prada and the film adaption of Les Miserables for crying out loud! Then we hear the voice of Star Wars’ Daisy Ridley, a shocking surprise. After the first time I saw and listened to this I found that Daisy got her degree in Musical Theater and is a seasoned veteran in singing. I love this version of At The Ballet from the seminal classic A Chorus Line. Even though these three individual ladies have had vastly different film careers, it’s beautiful to hear them take on such a theatrical song that shows their vocal chops in such a beautiful unifying, and story-telling song.

I’m Here from The Color Purple performed by Cynthia Erivo

Saved the best for last. I am obsessed with Cynthia Erivo and her character in this revival of The Color Purple. I remember once hearing Erivo in an interview talk about how her character Celie has lived her life in abuse. Here, a woman who has been convinced of her lack of beauty among other lies which whispered in her heart throughout her life. It is in this moment of the story that Celie recognizes that she can’t be defined by these lies or by people. It is here that she recognizes her beauty. There are no words to describe Erivo’s performance and her stunning voice, one that shakes the stage. In my humble opinion, Erivo’s voice is one of a kind. It is both gruff and loud… appropriate to the life of the character she plays; and yet, it is so powerfully smooth like the grace she takes on. This is single-handedly the best performance I have ever seen. 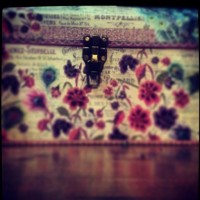